Well let’s start with Thanksgiving where as usual, we go to our aunts house and eat like we never ate in our lives…LOL! After Thanksgiving dinner, there is always a big discussion and it’s always about something interesting, be it politics or what have you. Let’s just say I learn something new everyday. Well anyway we got to watching Madea’s Happy Family, the play, and sitting through singing is a bit much so we skipped away on that dvd. Well anyway that was my Thanksgiving and the next day was Black Friday and I pretty much worked most of it. I wasn’t planning on buying anything so no excitement for me. And afterwards I hung out with my boyfriend and I don’t know why but we were both exhausted after going to his family’s house, to a birthday party, and then to a friend’s house. I know I was exhausted by working like a dog but anyway I had to get up the next day for work so the night ended there.

The next day was back to work which was cool because I saw a little more people I hadn’t seen in forever at Victoria’s Secret and before I knew it, the work day was over. I had a plan with my best friend after work but he had to leave town before we could meet and converse, sad face, oh well…see you on THURSDAY! =) Anyway this night was planned somewhat at first and then it had a surprise. Me and my boyfriend ended up going to the Wizards game which was pretty fun, I must admit. And then we went to this spot in Georgetown called Georgetown Wing Co where you can also get crepes. By the time we were done eating wings and fries, I couldn’t do it. The food was pretty good. I would definitely recommend making a stop there. Afterwards we rushed to the movies because I was so pressed to see Harry Potter. We got there in perfect time. I thought Harry Potter was pretty good. It was dark, it was erie, and it was suspenseful. I even screamed at one part…LOL!

And my weekend ended with me having to get up at 6am to go to Banana Republic, the new place I call home where I partake in visual merchandising for hours but what can I say, I want to do that as a career.

Here is a picture from my weekend, I need to take more pictures:::::::

I was randomly going through emails and ran across Nylon talking about MAC having Pink Fridays starting tomorrow, November 26th . They made a Barbie pink in honor of Nicki Minaj and it will only be sold for 4 consecutive Fridays and only on Fridays. So I suggest you guys go and check it out because after the 4th Friday, it won’t be found ANYWHERE! Also, it is only sold online!

The Express Newspaper has been doing album reviews for the past two days.  They did a review on Kanye’s new album, ‘My Beautiful Dark Twisted Fantasy’, Nicki Minaj’s new album, ‘Pink Friday’, and Ne-yo’s new album, ‘Libra Scale’.  Apparently every single one of these albums is great!  I have been listening to Kanye for some weeks now.  It is definitely a great album.  I have yet to hear Nicki Minaj’s or Ne-yo’s.

The best places to get these albums are Amazon because they are having amazing deals of $3.99 for the album.  Itunes is getting a run for a their money.  They might want to lower their prices!

At the Warehouse Loft on 411 New York Ave NE starting at 10pm, there will be a Rave party going on. It is $5 before 11pm and $10 after. For more information please google because I couldn’t find a definite website. 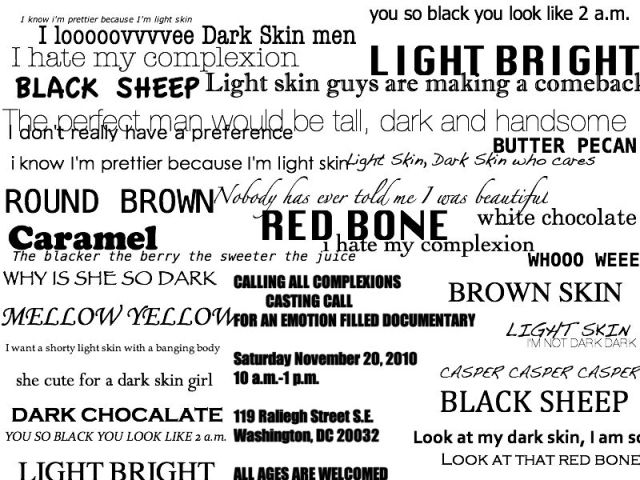 The Junior League of Washington’s presents its annual A Capital Collection of Holiday Shops (Washington Marriott Wardman Park Hotel). This year’s feature event is Girls’ Night Out with Neiman Marcus, Friday, November 19, 6:30-8:30pm. You and your entourage can indulge in 1-minute beauty bars, champagne, sweets, and preview Neiman Marcus’s holiday fashion for the upcoming season. Plus, Neimans is giving away two head to toe makeovers (valued at over $400 each)! Tickets are $25.

Crumbs Bake Shop opened this week in DC! Crumbs first opened its doors in March of 2003 on the Upper West Side of Manhattan. The menu is a blend of comfort-oriented classic baked goods, their specialty is the Crumbs Signature size cupcakes. With more than 50 varieties baked fresh daily, like Cosmo and Blackbottom Cheesecake. To celebrate their opening, come in this Friday and the first 1000 people get a free cupcake. Mon-Thurs 7am-10pm, Fri 7am-11pm, Sat 9am-11pm, Sun 9am-9pm.

Hmmmm…..great entry eh? I think so. Well I had the pleasure of attending an event at Howard University called The Diary of the Refined Men. This panel included an array of fashionable guys or those with websites or clothing lines in the fashion industry.

Here is the list and brief background of them below:

Joshua Kissi and Travis Gumbs, Street Etiquette (http://www.streetetiquette.com/): These guys are from NY and are not your average NY guys. They started to get noticed from their blog about a year ago which is a blog that is only 2 years old. I think that is pretty amazing and their style is pretty eye catching if you ask me, CHECK OUT THEIR WEBSITE!

Lawrence E Nurse Founder of Triple L Society: This guy was pretty calm and collective. I didn’t know much about this clothing line even though it does sound familiar….this will require more research on my part. This line is apparently a rebirth of classic looks with an impressive modern twist. *let’s google it!* http://www.triplelsociety.com/Triple_L_Society_Shop.html

Ugo Mozie Stylist and Fashion Editor of GHUBAR Magazine: Ugo Mozie 20, was an amazing addition to the panel because I too want to be a stylist at some point in life. He was only in New York for a few months and things began to kick off. This guy has done a lot such as style Dawn Richard, Kalenna Flux, assisting with Elle Magazine, and many more.

Luke Pierce DURKL: This brand has been around since 2005. He basically started online and other online websites that sell clothing started to pick up the buzz. This guy had to be one of the most “normal” guys on the panel. He wasn’t a fashion head, just a business guy that knew his sh*t is what I can say. I will say that I felt like I could relate with him the most and he actually held deep convos with every single person that he spoke with which was pretty awesome. Make sure you check out this site and support our local designers. http://durkl.com/

Laron Howard Public Relations/ Event Coordinator at PR CONSULTING: I remember this guy from Howard’s fashion show in 2008. He was the coordinator and from then on kept with his public relations degree. After he graduated from Howard in 2009, he immediately moved to NY and started to get with various companies such as Tommy Hilfigher, Ralph Lauren (I believe), and he is now with a firm that works with Versace and some others. I really had to commend him on his success because wow! I still need to get some of these loans paid off before I just skiddadle off….but KUDOS!

Ouigi Theodore Founder and Creative Director at the Brooklyn Circus: The BKc started in 2006 in a neighborhood in Brooklyn. I had never heard of this company but this guy had a lot of deep and informative information to say. There was a statement that stayed in my head after and is still there today and that is that “whatever we as african americans wear is urban” so this is saying that whatever WE wear is urban, no just Rocawear and Baby Phat. Our styles have progressed and changed so urban is no longer what it used to be. Please look into this company because this guy was very informative and knowing more about his company might be a help to you too. =) http://thebkcircus.com/bkc/

Shaun Ross Prominent Albino Model: Now this guy, if you don’t know who this is, I suggest you do your research. I have been following his blog for about a year and to actually get to see him and hear him speak, he is a character. He is passionate about what he has to say and is funny at the same time. He brought lots of life to the panel. You should definitely google him, he has been seen in many well known magazines so LOOK HIM UP!

Pharoh Martin Co-Founder/ Co-Editor-In-Chied of The Smugger: This is a lifestyle website that again I knew nothing about but this site provides an insightgul and charismatic editorial voice, expert advice, along with witty commentary. The Smugger aims to be a premier online destination for the lifestyle of the urbane gentleman. http://thesmugger.com/

Here are some pictures from the event::::::

I was lucky enough to meet Koke at my Homecoming and he just had a unique style about him and knew one of my best friend’s that is also a dancer and mentor to this young dancer. Koke was dancing out the womb….so he says…lol. His mom one day asked him if he knew about the “jerkin” dance and he later learned it and took it to another level to start a group.

Well I’m here to talk about some guys who were born in the 90’s, called the 90’s Baybeesz. This group started out in 2009. It was founded by three guys in high school and three others joined soon after to form the “jerkin” group.  I think jerkin has been taken to another level than I remember. I once knew how to do all dances but I am slowly losing my skills because some of these new dances are let’s say different and require a little more skill in my opinion.

This group of talented dancers are all around under the age of 20 and out to take over. They had their first performance at a Halloween Party at the Sportsplex in Greensboro, NC. They also performed at a midnight basketball game hosted by Busta Brown, a pretty well known radio personality. After this they performed at my Universities homecoming and it was a success, I’m sad to say I missed their performance, but I can only imagine from watching their videos on youtube.  They were recently cameos in a gospel music video that is to air on BET in the near future. Dancing keeps these young fellas focused. I think that is a great way to stay out of trouble but still focusing on your passion of dancing. KEEP IT UP GUYS!

Well some more information about Koke, one of the founders that I had the pleasure of interviewing, plans to go to school for Visual Arts and minor in Architecture.

Here is a video….feast your eyes!

To contact this group go to their fan page: http://www.facebook.com/90sBaybeesz

You can also contact this group by emailing them: 90sbaybeesz@gmail.com